Adam Plachetka is an exciting young performer who will soon be playing the title role in the Met’s run of Mozart’s Le nozze di Figaro. The Czech bass-baritone is renowned for his interpretations of Mozart and bel canto roles. Adam is one of those people whom everyone loves to be around, and I greatly appreciate the fact that he was willing to take some time out of his busy schedule to answer my questions.

You will soon be performing Figaro in the Met’s upcoming production of Le nozze di Figaro. This is not a role or house debut for you, but I believe this is your first performance in a leading role at the Met. Is that correct? What are you most looking forward to in this production? 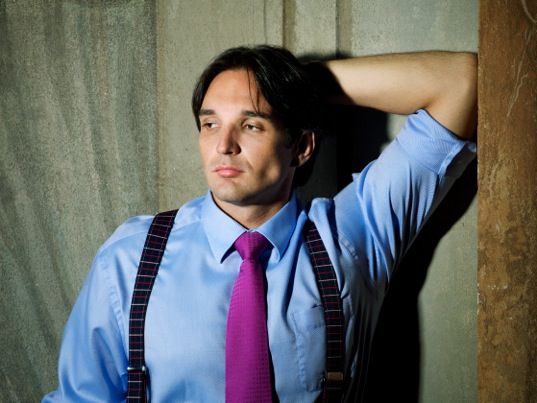 Although this is the first time singing a title role, I made my role debut here [at the Met] last season as Leporello, which is a similar part regarding its length, tessitura and character. Unlike Leporello, however, I’ve sung Figaro over a hundred times now, so it feels easier than a new role a year ago. I’m looking forward to reuniting with many friends on stage. Christiane Karg, Luca Pisaroni and myself did Le nozze together in 2015 in Chicago, so it feels like coming home. In fact, the whole cast is a joy to be around.

What aspects of Figaro’s character do you emphasize in your portrayal? Some singers emphasize his anger, others his simplicity, yet others his playfulness. What drives your interpretation?

I always try to adapt to the production, as one should, but my own view is quite straightforward. I think he has to be a likable guy. I don’t see him as a simpleton, or as a choleric. His anger comes from a very logical place. I reckon nobody would be too happy to find out that your boss, whom you helped to get the love of his life, wants to spend a night with your bride to be. Yet he handles it well and after processing the information he begins to hatch a plan instead of simply impulsively attacking the Count. So in a nutshell, he is a very normal person with, in my view, unusual privileges for his time, which he uses rather than abuses. 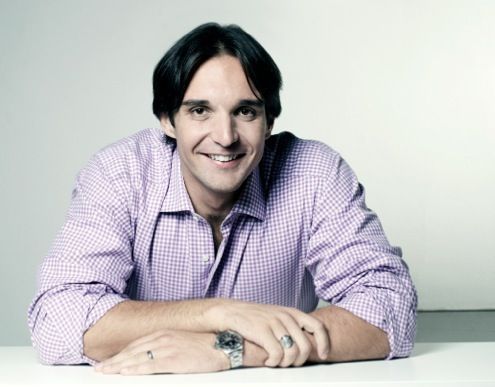 How can modern audiences relate to Le nozze?

Very well, especially considering the scandals of the past few months and the #metoo campaign. This is pretty much what is going on. Of course in times of Figaro this was the law and wasn’t frowned upon, but I could still think of powerful men abusing their power and behaving like this.

You’ve got some exciting things coming up in your schedule this season! Any house or role debuts?

No. This season came together in a great way. I only do opera in the two houses that I think of as my artistic homes: Vienna and New York. Apart from that I do quite a few concerts and get to spend more time with my family than usual, which is becoming more and more important to me. I think after the first 10 years of my career with almost no breaks it is important to slow down a little bit, choose projects carefully and start paying attention to personal life as well.

I think after the first 10 years of my career with almost no breaks it is important to slow down a little bit, choose projects carefully and start paying attention to personal life as well.

You’ve released a few albums, including Songs and Handel G.F. Oratorio Arias. Do you enjoy recording in a studio? How does it compare to performing live on stage?

You can take more risks in the studio, which is something I miss in opera these days. We have to be as consistent as never before. 50 years ago it was usual to buy tickets to 3 shows and hope one will be exceptional knowing that some singer would then crack during the other two. We listen to them today and often think of us as lesser artists, because of their stunning performance and impeccable technique. We tend to forget that these are the best singers of the history on their good day and we have very little samples of their average performances. These days I’d say in almost every hall there is someone recording – legally or illegally – so we can’t go beyond our safe zone because we can’t be heard messing up. This is something you can do in a studio and I enjoy it very much.

These days I’d say in almost every hall there is someone recording – legally or illegally – so we can’t go beyond our safe zone because we can’t be heard messing up.

How much research do you do on a role you’re preparing for? Do you let the music and text guide you primarily? Do you dig into the performance history of a work? Do you study academic texts on the work?

Frankly I study mostly the score the first time I do a new role and then gather the historical background on the go. I know a lot about pieces like Le nozze, or Giovanni, which I do a lot. I am of course interested in the backstory of any new role to be able to create it, but I do believe in the music and the libretto is almost all the information you need.

I do believe in the music and the libretto is almost all the information you need.

You’re a successful artist performing on the great stages of the world, one of the few who really “made it.” The opera world is a competitive one, and the reality is that only a fraction of those who set out to accomplish what you have actually do so. Would you encourage college-aged singers to follow their dreams of becoming an opera star, driving themselves into debt as they pay for expensive graduate programs (at least here in the U.S. if they are unable to secure scholarships)?

Being European, this is something I can’t really relate to. Our school system works completely differently. To pay a lot of money to prepare for a job you might not do must be terribly difficult. I would say if something drives you to sing, do it but give it everything. It takes a lot be successful. You have to have a good voice, technique, looks, know languages, be capable of interesting interpretation (unless you sing bel canto ;-)) and a lot of other qualities. It is up to any person to try and look at this realistically before going to college. Singing is the best job in the world as long as it goes well.

You have to have a good voice, technique, looks, know languages, be capable of interesting interpretation (unless you sing bel canto ;-)) and a lot of other qualities.

How do you spend your free time? On the golf course? With a glass of single malt? Dancing at a club? Going to the opera? Reading a book at home?

Wow! I’m a lower male voice and don’t play golf or drink whiskey. How am I not out of work? As I said earlier, I try to spend as much time as possible with my family. If they’re not in town I go to see shows, movies and friends a lot. Yesterday I found a group of amateur volleyball players, so I am looking forward to a little match on Friday. Other than that I spend time outside if possible. I stay close to Central Park here and close to Prater in Vienna, so enjoying the parks is something I do often.

Everything. The complexity of it. I love to hear all possible colours of the voice and orchestra. It is very important to me, though, that the singing feels like speaking so that the story is believable and real. When you get singers who can achieve that, you are in for a great evening.