“Unmatched by any other art,” says Gerald Finley about Opera

Gerald Finley is one of opera’s finest artists. His exceptionally beautiful tone has made him one of the world’s top Mozart baritones, but he doesn’t only do Mozart; currently he is playing Athanaël at the Met, opposite Ailyn Pérez’s Thaïs, and last season he played the title role in Guillaume Tell at the Met to great acclaim. I’d like to thank Gerald for taking the time to answer my questions.

It’s obvious to anyone who’s seen or heard you perform that your voice chose Mozart; your clear baritone and the weight of your sound makes you the quintessential Don Giovanni and Count Almaviva. Outside of the match between your voice and Mozart, however, is there something that draws you to Mozart roles?

No audience goes away dissatisfied with a Mozart opera. I love being part of a musical drama that makes people laugh or cry, questions the essence of forgiveness and coping with rejection. Mozart (and Da Ponte [Lorenzo Da Ponte, the librettist for three Mozart operas]) found gripping human dilemma and transformed them into accessible and meaningful theatre. How can one resist?

No audience goes away dissatisfied with a Mozart opera.

You’re currently performing Athanaël in Thaïs at the Met. How can modern audiences relate to the story in Thaïs?

I see Thaïs as a crossroads of two souls who are looking for meaning in their lives. Thaïs has a great struggle with her ‘eternal’ vision of herself. I find her second act aria very relevant to contemporary women struggling to find a balance in a demanding world that values youth and beauty over commitment and integrity. Athanaël is a representative of all those youthful passions that somehow leave behind the individual. The ‘learnèd’ way of life can block the most natural of human emotions. His journey could reflect modern religious fanaticism. 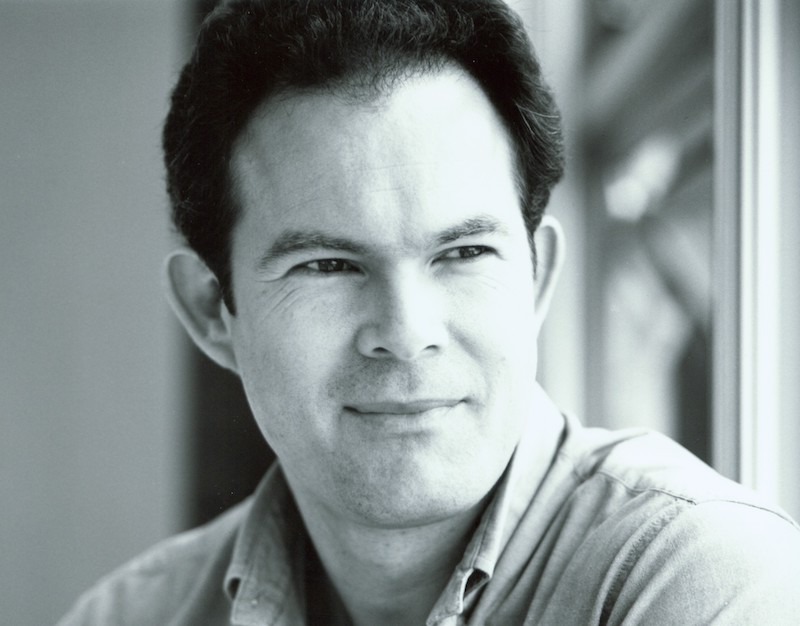 I see you will soon be performing Scarpia in Tosca at Covent Garden. I’ve heard that Scarpia is a taxing role vocally. Have you found this to be the case?

This is my first one so I’ll let you know! My hope is to respect the demands, but enjoy the process and the presentation of it.

Scarpia is one of those evil men in opera who uses his authority to prey upon a woman, not unlike Count Almaviva in Le nozze. That said, these two characters are very different from one another. Can we use Mozart and Puccini to shed some light on the situation we find ourselves in currently as a society? I’m talking specifically about the news stories of powerful men using their positions to assault women.

Mozart skillfully makes the Count apologise with real feeling; modern audiences tend to laugh at that gesture because it is a modern audience with skepticism. If we can get a situation where the forgiveness is believed, then it can be a moving moment for many audience members. Tosca’s murder of Scarpia is the only solution; he is a psychopath. Unfortunately, our modern world has examples of both types in our society, as in the composers’ time.

Opera singers need to be trained in the art of acting as well as that of singing. How do you recommend young opera singers acquire the acting skills they need when so much of their training is focused on the voice?

I try to encourage the young performers to use their voice as a reflection of their soul. If they can really feel the emotion of their character, at every moment, they will be natural actors. The challenge is to let go of the vocal concerns.

You’ve performed in some exciting world premieres, including John Adams’ Doctor Atomic in 2005. You have the distinct honor of beginning a performance history for a given role when you sing a premiere. Does that factor into your preparation for such a role at all?

I treat all the performances I do as ‘premiere’. For many in an audience, they will not have been to this particular opera, and like I do when attending theatre or ballet, I love to think that the show is fresh off the page for me.

Did you grow up listening to opera? Tell me about your first memory of opera.

First memory is of Ezio Pinza on the record player singing, though not sure what. Then Elmer Fudd, the Wagnerian cartoon…  On stage, I played a girl (as a boy treble and lack of costumes) for a local touring performance of Cav and Pag in Ottawa, my musical cradle.

What does the opera world need more of in order to keep the art form thriving in the 21st century?

Humour. And composers who need to reconnect with the impact of the unamplified human voice.

The sound of a beautiful voice singing with sincerity. Unmatched by any other art.