“It’s simply one of the most beautiful art forms in the world,” says Opera Superstar Matthew Polenzani

Matthew Polenzani is one of today’s opera superstars – he has sung it all and performed everywhere, all to great acclaim. He has a voice that today’s young artists know, respect, and attempt to emulate. Mr. Polenzani is one of the most sought after lyric tenors on stage today.

When an audience member is transported, and finds him or herself living in the shoes of the character, and identifying with the things going on in their lives, we’ve done more than just make lovely music. -Matthew Polenzani

What do you do the day of a performance? How do you get yourself prepared and warmed up?

Usually, I don’t do much on the day of a performance. When I’m on the road, I like to exercise, and then relax a bit. Go for a walk, or watch a movie. If I’m home, my wife usually has errands or things for me to do, so that I can stay busy, and not make her or the kids nervous with my own nervousness. That usually starts sometime in the mid-afternoon, but by the time I get to the theater, they’ve settled down, and I’m ready to work. I try to eat dinner about 2 hours before the show, and start warming up about an hour and a half before curtain. 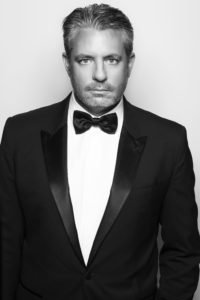 What does your music library at home consist of besides opera box sets?

I’m pretty much a rock and roll guy when it comes to what I listen to. Some of my favorites are: Coldplay, Steven Curtis Chapman, Van Morrison, Adele, The Killers, Billy Joel, U2, Jars of Clay, Imagine Dragons, The Beatles, Led Zeppelin, Bob Seger and Casting Crowns, amongst lots of others.

Your next role at the Met is the title character in Mozart’s Idomeneo, one of my favorite works of his. What’s your favorite aria to sing from this work?

Well, I love both of his arias. I love “Vedrommi intorno” for the insight it gives into Idomeneo’s soul when we first meet him. I love “Fuor del mar” for the dramatic way the coloratura adds to the weight pressing down on him. He’s got a third aria in the last act that we’re not doing, and in fact, I’ve never sung. The whole opera is full of absolutely great music, and I’m with you, when you say it’s one of your favorite works of his. It’s one of mine too!

Musicologists love to talk about how Idomeneo marks the beginning of Mozart’s “mature” period. In what ways is this true? What are some things audience members could see or listen for that mark this transition?

Harmonically, and dramatically, this is an incredibly mature work. Some of the harmonic progressions are very forward looking, especially in the third act, but in other places as well. Dramatically, this subject matter is some of the most psychologically challenging you’ll find in Mozart. The choral writing is incredible, and you can easily argue that in this piece, the chorus is just as important as any of the leading parts. The Met chorus, by the way, is sounding absolutely glorious, and they are enjoying and embracing their role.

I don’t treat HD and non-HD performances any differently. I’m sure there are some facial things that are hard to notice from the house, that you can see better in HD. Subtle moves, and looks that a camera can see up close might not read the same way in a large theater. Obviously, having a camera angle that allows you to concentrate on two people at the same time is a gift for a viewer in a movie theater. On the other hand, nothing can compare to hearing a voice live and in person. The impact of hearing and seeing the singer live can’t be understated. There is something visceral and real when you’re hearing the orchestra and voices in full cry, or when they’re whispering into the silence. They’re both great experiences.

I’m pretty much a rock and roll guy when it comes to what I listen to.

You’re also playing Don Ottavio in Mozart’s Don Giovanni at the Met this season. What’s your take on Ottavio? Is he a wuss? Is he whipped? Is he underrated? Is there more to him than meets the eye?

To start with your second question, the answers are No, Sort of, Yes, and Yes. People consider him a wuss because either Mozart or Da Ponte didn’t give him the dramatic opportunity to exercise his muscle and authority. However, that’s not my take on him. I see him as a nobleman, brought up with honor and loyalty as much a part of his life as air or food. He is a gentlemen in the finest sense of the word, and initially finds it hard to believe Giovanni could be such a terrible man. Once convinced, he comes immediately to Anna’s aid, and it’s only through Giovanni’s cunning and ingenuity, that he is able to avoid capture. He is every bit the nobleman that Giovanni is not, and playing him as a wimp diminishes him in ways I can’t agree with. I’d rather fight against his “dramatic underuse” by Mozart to make him more interesting, and more useful to Anna.

You were born and grew up in a suburb of Chicago, and after earning your Master’s from Yale, you went back to Chicago to be part of the Lyric Opera Center for American Artists (today’s Ryan Opera Center). Next season you’ll be performing in Lyric Opera’s Rigoletto and The Pearl Fishers. I can’t help but imagine that there’s something special about performing in Chicago for you. Am I right? Do you get that feeling anywhere else? 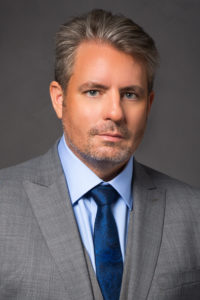 Having grown up in Chicago, there will always be something special for me performing there. My parents and brother are there. All my best friends from High School are still living there, and when I’m in town, it’s not just that they can come to see my shows, but that I can get together with them and spend time with the friends and family who I see all too rarely. Having come through the Young Artist program there, it’s especially satisfying to go back there to sing. Seeing people who were there while I went through LOCAA (a list getting smaller and smaller every time, to my chagrin), brings me great joy.

I get a different sort of joy singing in New York, which is where I live now. Singing here allows me to see my wife and children every day, while I’m working. It means that in between shows and rehearsals, I can go to soccer games and swimming meets, etc. I can help the kids practicing piano, or doing homework. Or go outside with them to ride bikes or play catch. I miss these things terribly when I’m gone.

I don’t get this type of feeling anywhere else in the world, but I will say that going back to theaters multiple times has allowed me to build up friendships in lots of places. I sing fairly frequently in places like Munich, Paris and London, and I always look forward to seeing my friends there.

I am blown away but your repertoire – it’s as though you’ve done them all! Is there one role that you identify with particularly well personally or spiritually?

Yes. Werther is at the very top of my list. I feel like Massenet wrote every note in the score thinking about my voice – at least that’s how singing it makes me feel. His sadness and obsession with Charlotte are things I grasped almost immediately when I began learning it. I love the way he loves God, even though his faith is too weak to overcome his obsession, and suicidal tendencies. Charlotte’s deep and abiding faith is something that draws him to her in a very strong way, and I identify with that as well. I love how he recognizes that her faith is stronger than his. He’s a beautiful and complex character to play, and Massenet’s music is GORGEOUS!

I kind of touched on it earlier – it’s the visceral way that a voice or voices, and an orchestra can touch you, and expand your understanding of life. When an audience member is transported, and finds him or herself living in the shoes of the character, and identifying with the things going on in their lives, we’ve done more than just make lovely music. Hopefully, we’ve helped them understand life, love, joy, loss and pain, among other things, in a deeper way. The way it takes you away from the everyday things going on in your life, brings you somewhere else, but in a medium that embraces not just music, but also drama and dance. It has given me great joy over the past 22 years, and has helped me through great sorrow as well. It’s simply one of the most beautiful art forms in the world.

[…] “It’s simply one of the most beautiful art forms in the world,” says Opera Superstar M… […]