“Without music, mankind would be very poor or might not even exist,” says Tenor Saimir Pirgu

Saimir Pirgu is one of those talents that seemed destined for greatness from the very beginning. Pavarotti discovered him when Pirgu was only 19. He went on to study many of the great tenor roles with the operatic titan. At 22, Pirgu won over Claudio Abbado with half an aria. We are grateful that Saimir Pirgu was willing to discuss some of his fantastic experiences with us!

Since I was a child I have always seen in music something connected to a divine power and if God exists music must be one of the manifestations of his existence.

Tell us a bit about growing up as a singer in Albania. Do you have a musical family? Did you grow up knowing opera? When did you realize you wanted to become an opera singer?

I do not have a musical family and until the age of 13-14 I did not know much about the opera tradition, but the passion for singing has always been inside me. Since I was a kid, I always loved to sing, I performed folk songs in front of small groups of friends and acquaintances. It should also be stressed that in Albanian elementary schools, the communist system worked with the education system, and in doing so provided extra music courses to encourage children with special talents in the arts.  And so, a bit from choice and a bit from imposition from the system, I found myself studying the violin. I graduated, but I never stopped singing and the study of the instrument helped significantly to increase my musical training. 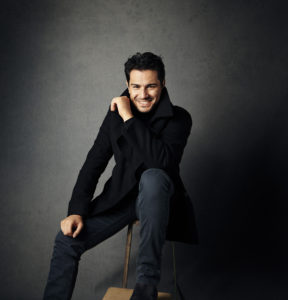 The big breakthrough came when in junior high school. As I have often said, I consider myself a “product” of the Three Tenors. In fact, it is thanks to them that I have taken the path of singing. When I was about 13 or 14 years old and living in Elbasan, a small industrial city of Albania, I saw on TV the famous Three Tenors Concert from Caracalla. I was fascinated. I recorded that concert and listened to it countless times. From that moment, I decided that singing and the opera world would become my life, and so it was: I decided to move to Italy where I was admitted to the Music Conservatory of Bolzano.

You studied one-on-one with the great Luciano Pavarotti, a household name and titan of the art form. Tell us about one time he totally shocked you while you were working with him.

I will never forget the day that I met him: I was 19, Pavarotti was in Merano (Northern Italy) and asked if there were talented singers who wanted to perform for him. At that time, I was finishing my studies at the Conservatory Monteverdi of Bolzano, not far from Merano, and my teacher, Vito Maria Brunetti, mentioned my name and so I was asked to sing for him. I sang “Una furtiva lagrima” from Donizetti’s L’elisir d’amore. After the aria, Pavarotti said to me, “Ciccio who taught you to sing like that? Do you know that you sing very well?” So he asked me to sing for him again. At that moment a strong bond was born between Pavarotti and I that lasted until the last days of his life.

Having received the teachings of Luciano Pavarotti has been for me a huge fortune. I can not remember only one moment when I was not shocked by something during his lessons: I was so young, had just arrived in Italy and in the house of my big myth that, in the Caracalla concert seen a few years before on tv, had lit in me the flame of Opera. All the moments with him, every single moment spent together, were something great, special and unique. 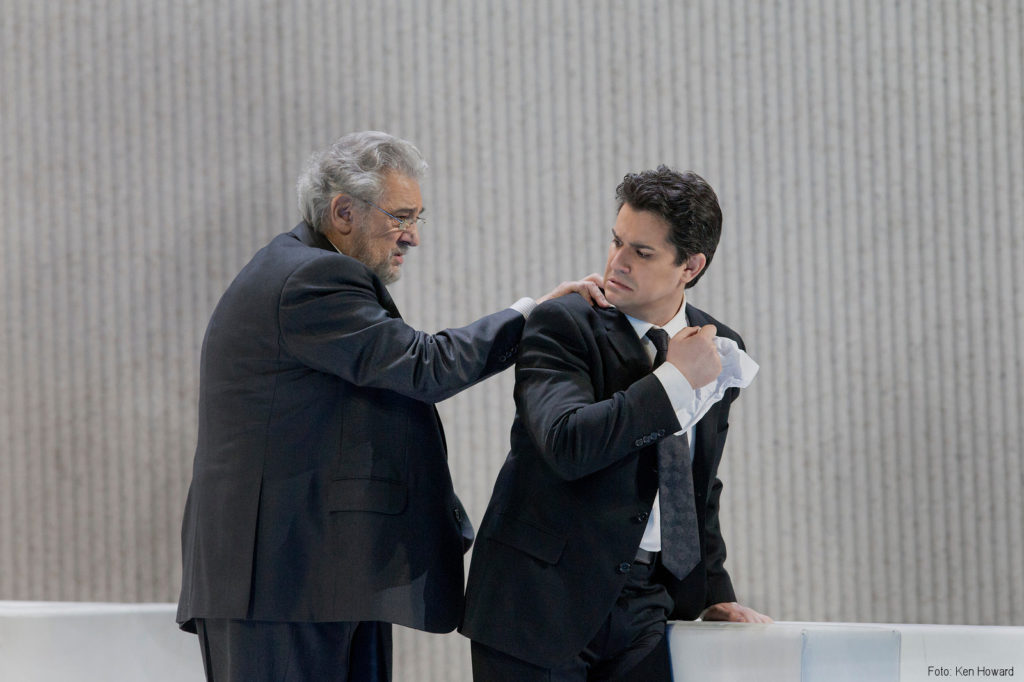 Can audiences today hear any Pavarotti in your performances?

I would be the happiest person in the world, were it to be the case! I don’t think so: Luciano’s voice was and still is unique and one of a kind. I have always tried, and I still do, to put into practice his invaluable teaching.

With him I prepared most of the roles I sing now. I visited him regularly, we studied together and he was always very helpful in giving me tips that proved valuable and fundamental for my career and that I find useful even today. I remember many hours of lessons devoted to the correct pronunciation and diction, trying the notes in the passaggio zone, softening the voice in the best way…those lessons were so precious to me. Though I was very young, they are not just fond memories, but a source from which I still draw today.

You got your first big break when the great conductor Claudio Abbado discovered you at the ripe young age of 22. What was it like singing for such a major conductor at such a young age?

It’s one of those experiences so special that they blur the line between reality and a dream. Obviously enjoying the support of such a great conductor gives great stage energy to such a young artist as I was at the time, and for this I will always be grateful to Maestro Abbado. Had I not been a musician, or in any case someone with already significant musical knowledge, I am not sure I could have collaborated with a Maestro with such a vast experience and preparation. Maestro Abbado enjoyed surrounding himself with young artists and one of his countless merits is to have always approached talented young musicians so that he could let them grow with his inestimable advice and set them on the right musical path. He worked so hard with me; he was a very constant, patient person gifted with a great intuition. I recall that on the day of my audition my flight was delayed and I was very late. I thought I had lost a huge opportunity. I got there and I saw the Maestro rehearsing with orchestra. He asked me to sing. I sang half of the aria, he stopped me and told me the part was mine. I couldn’t believe it. That was the beginning of a wonderful relationship as he was such a cordial person. It might have been for my very young age but when you have the opportunity to work with great musicians such as Claudio Abbado, only later you realize how lucky you have been.

Your repertoire list is quite extensive! What’s one role you identify with particularly well? What is it about that role?

I am fond of all the roles of my repertoire which, during the years, I have carefully widened and in each performance I try to identify as best as possible with the character I am interpreting. The Duke of Mantua in Rigoletto, Rodolfo in La bohème, Werther, Faust in La damnation de Faust, Nemorino in L’elisir d’amore and Edgardo in Lucia di Lammermoor are currently my most successful roles and the most appropriate for my vocality, and at the same time they happen to be among the audience’s favorites.

…all the music, and in my case especially opera, is…nourishment, a cure for the soul and consequently for the body…

Is there a role you haven’t had the chance to perform yet but are dying to do so?

I adore Puccini’s Manon Lescaut and the exceptionally difficult role of Renato Des Grieux that requires a very important and strong tenor. I believe I’ll have to wait a very long time before singing it, and most likely it’ll never happen. I’ll be more than happy, when it is the right time, to settle for the Des Grieux in Massenet’s Manon.

If I could see you in just one of your upcoming performances this year, which one should I get tickets for?

I think that to have a concrete idea of how Saimir Pirgu is able to sing it may be useful to listen me in Rigoletto, La bohème, Lucia di Lammermoor, or – why not – in an imminent role debut such as Gabriele Adorno in Simon Boccanegra, which – though I have already sung in concert and in my latest CD, I will perform on stage for the first time this coming October at the Teatro San Carlo in Naples.

To finish up, I’d like to ask you a question I ask everyone: what is it about opera that touches your soul?

The relationship between music and man is so intimate and such to be perceived by each of us in a different way. In my opinion all the music, and in my case especially opera, is itself soul, a part of it, it is nourishment, a cure for the soul and consequently for the body of each of us. I believe that without music mankind would be very poor or might not even exist. Since I was a child I have always seen in music something connected to a divine power and if God exists music must be one of the manifestations of his existence.

[…] Nemorino (Donizetti’s famous dolt of the opera) as his favorite opera role of all time.) In a 2017 interview, Pirgu recalls Pavarotti aking with wonder at the end of his performance, “Who taught you to […]