Amanda Majeski has one of those commanding yet intimate soprano voices that makes you forget everything else going on around you. When you first hear her, you know immediately that she is the real thing. Playing Donna Elvira at the Met this year in Mozart’s Don Giovanni, Majeski sat down with Opera Sense to share her thoughts on the role and offer advice for new operagoers.

We want to get to know you! Can you name one character from any opera that you identify with?

I don’t know if I can pick just one!  I identify with elements of so many characters!  The hope of Countess in Le Nozze di Figaro, the faith of Marguerite in Faust, hopefully the grace of the Marschallin in Der Rosenkavalier, but probably also the stubbornness of Vitellia in Mozart’s La clemenza di Tito.  And Rusalka because I was born as a mermaid…haha!  Just kidding.

This season you’re performing in all three of the Mozart – Da Ponte collaborations (Le Nozze di Figaro, Don Giovanni, and Così fan tutte). All three of these works explore different aspects of the human condition. Does one of these works resonate with you on a personal level more so than the others?

These three operas are amazing, because they’re so relatable!  These characters are so REAL and go through experiences and emotions we all feel today.  I actually think Don Giovanni and specifically playing Elvira resonates with me more than the other three, because what woman hasn’t gone through that phase of falling for the bad boy, thinking that she will be the one to make him want to change his ways, chasing the one who is essentially unobtainable.  You could take that story line, put it into a romantic comedy set today, and I think so many women would “get it.”

You made your Met debut as the Countess in Mozart’s Le Nozze di Figaro in 2014. How does that role compare to Elvira? Be honest: which one is more fun to play?

I have to say I love both women, because both are strong, smart, active women, who go after what they want and never lose hope that they themselves can change their fate.  For me, Elvira is more fun to play, because Mozart lets more of her fire out through her music.  Her vocal lines are more jagged, jumping from low to high, so you can let loose a bit more vocally because that enhances the character and what Mozart wanted to express.  The Countess is more elegant and subtle with her emotions.  She gets angry, but it’s not the same rage that Elvira has, it’s more refined.  And Mozart expresses this in vocal lines that display more heartbreak than rage, requiring you to float and maintain smooth creamy legato phrases …oooh that is hard to do!

I have always found Donna Elvira to be one of the more difficult roles in Don Giovanni because it’s easy to overdo both the opera buffa elements and the vicious, revenge-seeking, tragic elements. How do you find a balance between these two different sides of Elvira?

It is very tricky to find the balance in Elvira.  When we first meet her, she is MAD.  She has travelled long distances, searching for this man who wronged her, and is so angry and frustrated that she sings about literally ripping out Giovanni’s heart when she finds him.  This is almost comically strong language, let alone for a woman of this time period!  However, her anger is real, and justified.  For me playing this character, it’s important to remember this.  She is not a crazy woman, she’s a wronged woman taking her situation into her own hands.  If we feel her rage in the first act, I think it makes the second act more powerful, when we see more of her vulnerability and love and the conflict between this love and her anger.  The comedic elements of her story will naturally come, as long as I’m committed to the truth of the character at every moment.

Much has been written about how Elvira is the middle ground between the high-stakes tragedy of Donna Anna and the light flirtatiousness of Zerlina. Do you agree with that assessment?

Do you have a favorite interpreter of Donna Elvira?

I’m a huge fan of Lisa della Casa in this role… so much character in that creamy tone!!

What’s one thing new operagoers could listen for in one of Elvira’s arias that you believe reveals something important about her character?

I think “Mi tradi” reveals everything about Donna Elvira.  It is here that we learn that all that rage, all the revenge seeking is out of love for Giovanni.  She repeats the same text and the same melody three times, and for me as an artist, it’s important to define what all three of these mean to Elvira, and bring that out in the way I sing each repeat.  The first time, I think she’s confused: Giovanni has treated her horribly, yet she still feels pity for him?  How could someone still care about someone so awful?  The second time around, I think she’s angry… at him for what he has done, and at herself for still caring about him.  The third time around, I think she succumbs to her emotions.  She loves him, unconditionally.  She can’t help how she feels.  By the end of the aria, she realizes that this love she has for him transcends romantic love… that it is up to her to go to him and save him from himself.

Don Giovanni is one of the most frequently performed works in the repertory. How do you bring something new to a role that has been done thousands upon thousands of times before you?

I think it’s so important to listen to what others have done before you, discover what you admire and respect from great interpreters, and what you would change or do differently.  But one of the biggest joys and thrills of opera comes from each artist bringing what is uniquely theirs to the part.  It is not our job to merely copy and imitate, rather, we must bring what we do well, what we express, and how we feel the character.  This is part of what keeps the stories fresh and exciting and interesting!

What advice would you give to people who want to get into opera but don’t know where or how to begin?

I think YouTube is a fantastic tool for both opera lovers and newcomers to opera.  Even if you just type “opera” into the search, some amazing stuff comes up to start familiarizing yourself with some classic arias and choruses.  We all know how easy it is to get sucked down the rabbit hole from a single click!  Just promise me you’ll click on Pavarotti first, not whoever comes up with America’s Got Talent ;- 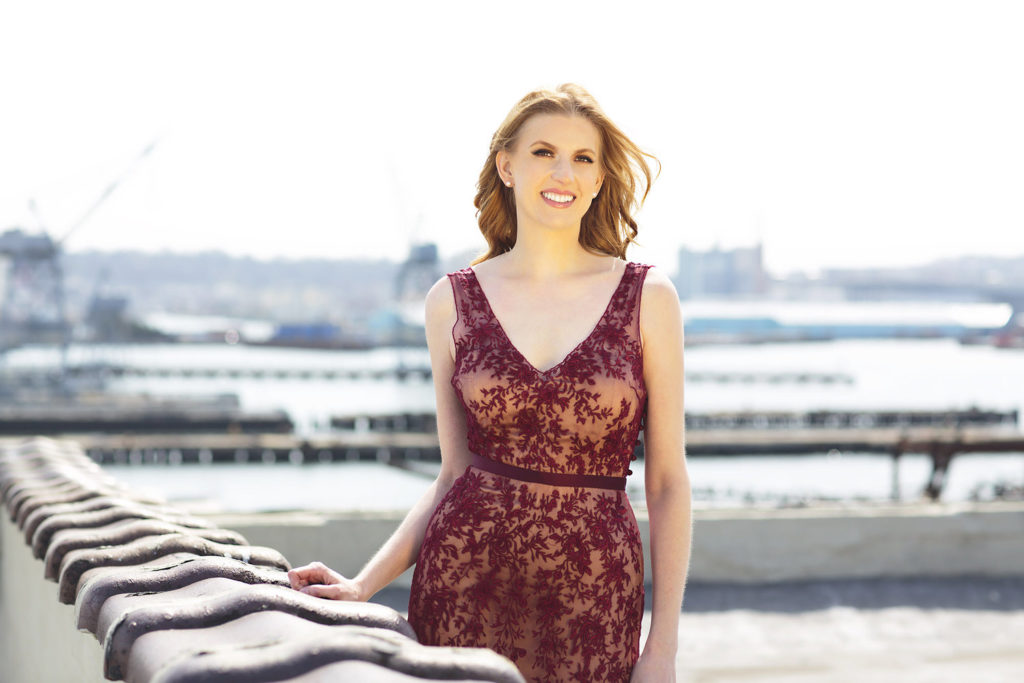