What I appreciated most about Chicago Opera Theater’s The Consul is the fact that the company used the production to draw attention to issues – immigration and refugee issues – that touch us all on some level. In fact, this was such a significant aspect of the production that half of the pre-opera talk and virtually the entire audience program was devoted to discussing refugee issues worldwide, especially the process refugees to the U.S. go through. Bravi Chicago Opera Theater: thank you for using your art and resources to inform a critical conversation. 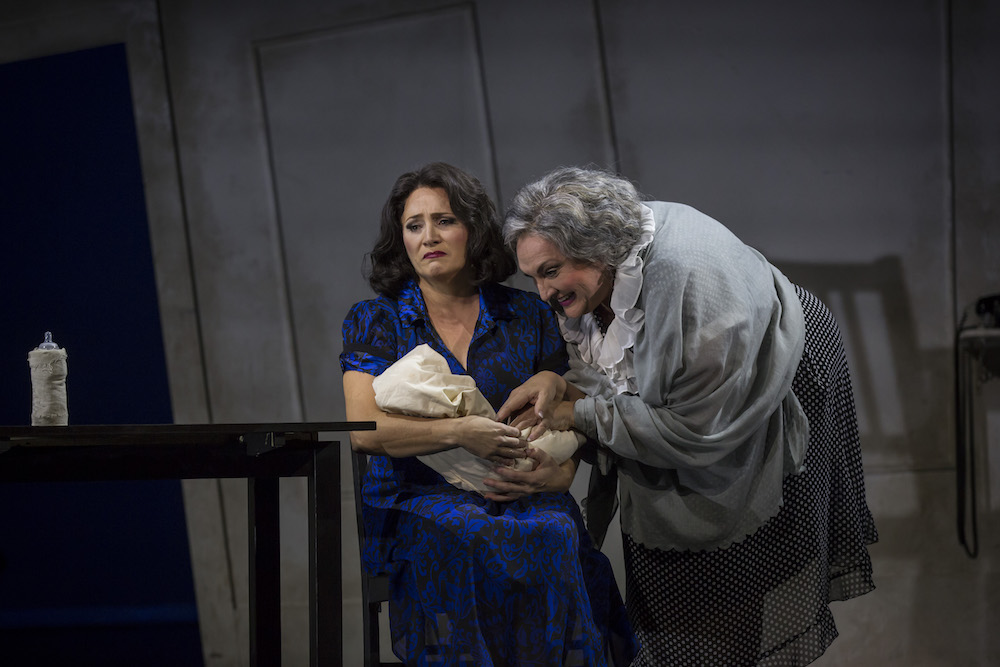 Gian Carlo Menotti’s The Consul, the composer’s first opera, was first performed in Philadelphia in 1950. It tells the story of the Sorel family living in an unidentified, totalitarian European state. As the three acts unfold, we see secret police and suffocating bureaucracy destroy a small, young family. What the opera lacks in character development it makes up for in purpose: to draw attention to the world that we’ve created, a world in which “men withhold the world from men,” according to the leading lady Magda Sorel. It’s a distressing realization, to say the least. 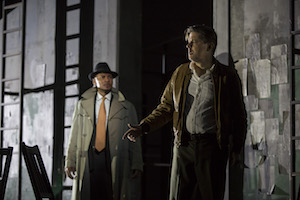 At the time of its creation, The Consul was viewed as a topical opera whose themes would no longer resonate with audiences once the displacement of 65 million Europeans in the 1940s and 1950s was no longer in the collective memory. Critics predicted a shelf life of five years. How wrong they were!

Leading the cast was Patricia Racette as Magda Sorel, the wife of a fleeing political dissident, the mother of a newborn, and the caretaker of an old mother-in-law, played by Grammy award winner Victoria Livengood. Racette’s voice was in excellent shape, wowing the audience from her first note to her last. Livengood’s performance was one of the highlights for me; she is truly a theater buff’s singer, projecting and articulating wonderfully, and putting her acting on an equal plane with her singing. The mezzo’s low growl at the end of Lullaby was something to behold! 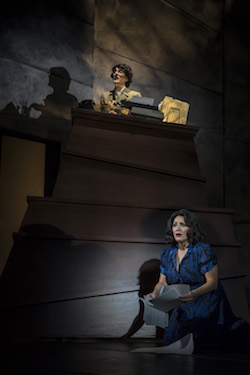 There was truly no weak link in the vocal performances: Audrey Babcock, making her Chicago Opera Theater debut, was an excellent secretary, while Justin Ryan, playing Magda’s husband John Sorel, couldn’t have been better suited for the character. Cedric Berry was a convincing secret police officer, and Kyle Knapp did a fantastic job providing some much needed comic relief at the end of the second act as Nika Magadoff.

The 26-person orchestra, led by conductor Kristof Van Grysperre, was solid and a pleasure to listen to. There were moments when the balance could have been better, but they were few and far between.

The Consul is not a story with rich, complex characters and profound layers of meaning, so don’t go to it expecting that; in fact, its simplicity actually reminds me of bel canto works, in which characters tend to say quite clearly exactly what they are thinking and feeling. The reason Chicago Opera Theater’s The Consul turned out so well was not because of the story, but rather because of the vocal performances and the fact that COT used its art to spur discussion and make us think about what it means to be responsible 21st century citizens living in a world with a horrendously large number of displaced people.